Tempest in the Arctic Teapot

President Obama’s recent action to “permanently” ban new oil and gas leases in the US Arctic is being painted as heroic by the left and dastardly by the right.  In its actual effect, it is neither.  In the face of alternatives, investment in Arctic development is not advisable.  Royal Dutch Shell stubbed its toes badly in the Chukchi Sea, notably through operational missteps.  But that sort of thing is the nature of the game in the Arctic.  The risk/reward ratio is just too great, even counting just financial risk.  Environmental risk simply adds another dimension, especially to companies with serious sustainability goals.  Shell has announced a withdrawal from the Arctic, for the “foreseeable future”, after reportedly spending $7 billion. 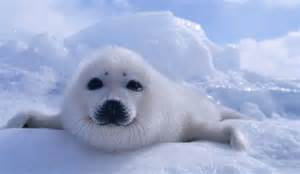 Certainly, an outgoing President doing anything “permanent” raises hackles.  But the rhetoric does not comport with the facts.  A statement was attributed to the industry: “…. today’s unilateral mandate could put America back on a path of energy dependence for decades to come, said Dan Naatz of the Independent Petroleum Association of America”.  A nationwide ban on hydraulic fracturing would do what he says.  But not banning Arctic drilling.  Shale gas has made the US chemical industry dominant because of access to the lowest cost natural gas in the world.  More than half of the $150 billion capital investment in chemicals production is from abroad.  Shale gas made us an exporter of liquefied natural gas (LNG) instead of an importer.  Shale oil has made OPEC essentially irrelevant to controlling the world price.  The US is now the (unwitting) swing producer.  The Saudi gambit to kill US shale oil, if in fact there was one, has failed.  So, yes, a ban on hydraulic fracturing could “put America back on a path of energy dependency”.  But not banning Arctic drilling.  They are not going to do it, even if allowed, because there are better pickings.

All offshore drilling in the US is down.  The number of rigs drilling is currently in the teens; these are the lowest numbers since 1990.  Offshore drilling, especially in deep water, requires long term assurance of oil pricing.  No oil will be saleable for at least 7 years.  Multiply that by two, at least, for the Arctic.  Shale oil, and the resultant inability of OPEC to control price, has made price forecasting extremely uncertain.  This is not the best investment climate for long horizon prospects such as the Arctic.  Add to that the environmental risk, and the likelihood of pursuit is slim.

By the time the Arctic promise, such as it may be (some estimates have 30% of world  resources to be in that area), is realized, oil substitution will be in full swing.  A small sampling comprises electric vehicles, diesel substitution by LNG, CNG or dimethyl ether (this last led by Volvo), gasoline supplemented with methanol (led by the Chinese), more efficient internal combustion engines; the list is long and certain, at least in principle.  In addition to this, innovation will drive down shale oil breakeven cost to under $30 per barrel, with the ability to weather any oil price tribulation.  This will happen to a moderate scale within 3 years. Shale oil does have environment risks, but in the opinion of this author, they are tractable, and on a vastly different scale than those from Arctic mishaps.  Shale oil will be the investment of choice.  Look no further than the explosion of drilling rigs in the Permian (shale oil) as rig counts deteriorate in deep water.

In the same release, the President also shut down lease sales in the Atlantic.  But, interestingly, the ban stops at roughly the Virginia border with North Carolina.  To my knowledge the early exploratory success had been off the coast of North Carolina.  No reasons were given, but this may well be a nod to industry.  My personal opinion is that, on a national basis, emphasis on shale oil makes more sense; catastrophic risks are lower and the jobs are more distributed.

The President took a step that to some degree cements his environmental legacy.  But the actual effect is likely minor because the risk/reward economics of Arctic development, especially when compared to alternative investments, make them unlikely to be pursued even if permitted.

§ 2 Responses to Tempest in the Arctic Teapot

You are currently reading Tempest in the Arctic Teapot at Research Triangle Energy Consortium.