The VW cheating episode has put the spotlight on whether NOx control is economically viable. If the answer is No for a portion of the market then the diesel market will indeed be limited. 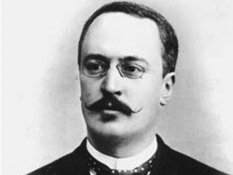 Rudolf Diesel invented his engine before the gasoline engine came into being. The high compression combined with the intrinsically higher energy content of diesel afforded these engines a mileage advantage of about 30% over gasoline engines of like size. But they suffer from emitting small particulate matter (PM) and NOx, both implicated in lung and heart disease. The PM is relatively simply captured in filters and is generally kept low by the more complete combustion afforded by running a “lean” mixture. We previously discussed the Lean NOx Trap (LNT) method employed by VW. It works, but at the expense of engine performance. Small car engines (2L type for example) can ill afford the loss of torque. More particularly, it erodes the fuel economy advantage of diesels. These cars are bought largely for the fuel economy, so impairment in that area is a potential show stopper.

Before concluding that small cars are off limits for diesel usage, let us study the commercially available alternative to the LNT. Selective Catalytic Reduction (SCR) involves injecting a urea/water mixture into the exhaust stream. It vaporizes and breaks down into ammonia and carbon dioxide. The ammonia in the presence of oxygen reacts with the NOx on a special catalyst to produce innocuous nitrogen and water. This works, and that is the good news. The not so good news is that in small cars the equipment required is a tight fit. It needs a urea tank, heater, a pump and a dispensation system. They fit fine in trucks and larger cars. Furthermore, it is reported that VW decided to go the way they did because the SCR had a net cost increase of $50 (presumably over the LNT alternative). Yes, $50. Consider now their mind boggling losses due to failure of the gambit. There is also of course the nuisance to the driver of periodically replacing the urea tank, but that is done at the gas station.

Something more than just a parlor game is who knew what at VW and how high the decision went. The CEO at the time, Martin Winterkorn, was an engineer by training (yes engineers, not all CEO’s are Harvard MBA’s, at least not in Germany) and famously a detail guy. But more to the point, consider that the original decision to go with the LNT has to have recognized the performance loss during the NOx adsorbent regenerative step. Someone very high up asked about the duty cycle and hence the fraction of time spent in the poor fuel economy and lowered torque mode. An engineer leader would know to ask that question. So, I am afraid it does not look good for blaming minions on this one. Few things matter to a leader of such a company than performance and mileage, especially one bent on world leadership in cars sold.

An interesting alternative had been suggested by Dan Cohn at MIT nearly a decade ago. If methanol is injected directly into the cylinder, the latent heat of evaporation cools the chamber down. Engines these days are routinely monitored for chamber temperature. The best time for such an injection would be when it got very hot. The cooling effect would allow for even greater compression ratios than current. In Cohn’s model and prototype testing, a relatively small engine delivers the power of a larger one. But here we would be looking for the cooling effect primarily, not higher compression and more power, although that could be in play. Lower combustion temperatures result in less NOx production. Simple as that. Now the lower volumes could be captured more simply.

Cohn’s idea requires significant modifications to the engine, although less so now than when he introduced it. Multiple injection schemes are common now. Mazda uses it in the SkyActiv gasoline engine and obtains good performance from the evaporative cooling of just the gasoline (they run compression ratio of 13 on just regular gasoline). Methanol would be even better because the latent heat of evaporation of methanol is nearly three times that of gasoline. But it will require a separate tank and so forth. But it could be done.

What then is the future of diesel? Perhaps small cars cannot carry the cost burden of emissions control. Some company, though, should take a crack at Cohn’s idea or some variant thereof. And this conundrum would never have surfaced but for a professor at the relatively obscure West Virginia University. A Goliath of the auto industry was taken down by such a David. Which is just too bad; it should never have happened. The world has German engineering to thank for a lot. This blemish reflects not on German engineering excellence but the avarice of a few in charge.

§ One Response to WILL NOX CONCERNS LIMIT DIESEL MARKET?