Another Brick in the Wall

A recent announcement by Volvo is yet another salvo into the fortress of oil.  They announced the commercial launch of a truck engine that uses Dimethyl Ether (DME) without any diesel blend.  We have spoken about DME previously in this blog, but it bears repetition.  The structure of the molecule is such that when it burns no soot is produced.  The principal knock on diesel is not the carbon dioxide produced on combustion, it is the soot.  Things have improved markedly since the days of the black smoke belching from the back of school buses.  But small particulates, which the cognoscenti refer to as PM2.5, are implicated in various respiratory illnesses.  When New Delhi moved from diesel to Compressed Natural Gas (CNG) on all public vehicles, the mortality and morbidity improvements were dramatic, as reported on by the World Bank. By the way, that move was prompted by an order from the Indian Supreme Court.  And you thought the Supremes only bothered with the likes of hanging chads and rogue sheriffs in Arizona. 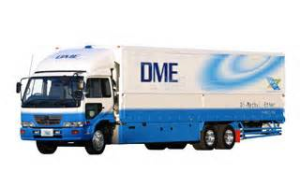 This underlines a favorite theme for me.  I am all for reducing carbon dioxide emissions because there appears little doubt these are harmful.  But in the short term, the health effects of diesel emissions loom larger.  In general, substituting for oil based fuel is a good idea, especially when the substitute is better for the health of the populace.  Pink Floyd aficionados will blanch at my use of their signature song in the title.  But I have always interpreted the lyrics as meaning that any individual teacher was no more than just another brick in the wall of learning.  So, in that sense, DME fueled trucks are an important step in that long road to eroding the monopoly of oil.  Sure, there will be issues.  The vast majority of the DME used in the US is imported.  Distribution of the fuel to gas stations will be daunting.  But most anything good is going to take effort.

The announcement referenced above concerned a vehicle demonstration by Volvo in Sacramento.  They were joined by a fledgling outfit named Oberon Fuels.  These folks announced the launch of small plants producing a modest 10000 gallons per day of DME.  This sort of distributed production of fuel will be a key to the infrastructure dilemma.  For perspective, typical DME plants would be sized for over 1 million gallons per day, requiring serious distribution infrastructure.  Another advantage of the small plants is the low cost and easier financing. Importantly, they can be expected to be operational in two years, as compared to four or more years for conventional plants.

I was recently making a presentation to administration officials in which one part referred to the environmental benefits of blending DME in diesel.  I noted that up to 20% could be blended with no modifications to the engine.  The secretary of the agency in question asked about the viability of pure DME.  I said they were experimenting in Sweden and Japan, but that I would check.  Weeks later came this announcement.  His interest was in part for school buses.  That is a neat concept: our children will be spared diesel fumes.  Incidentally, as far as that goes, CNG fits the bill as well.

We have discussed just the health and environmental benefits of substituting for diesel.  A compelling value is cost.  At natural gas prices today, DME can be produced at costs well below that of diesel.  Cheaper and better: one could well quaff one’s favorite beverage to that.

§ 7 Responses to Another Brick in the Wall

You are currently reading Another Brick in the Wall at Research Triangle Energy Consortium.