MAKING A VIRTUE OF BEING LATE

This statement has the makings of an oxymoron.  In many settings it certainly is.  So, for example there can be no discernible virtue of being late for your own nuptials.  Being late for one’s own funeral, if that could be pulled off, has decided good points. 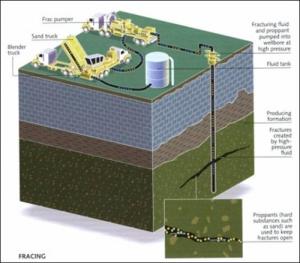 Being late is not precisely the same as coming in second.  Nobody knows that Tom Bourdillon and Charles Evans were within 300 feet of the summit of

Everest three days before the second team of Edmund Hillary and Tenzing Norgay got to the top.  Bourdillon and Evans likely did not even make it into Trivial Pursuit.

In the business of innovation there is a body of literature on the value of being first.  “First mover advantage” is firmly in the business lexicon.  But so is the “fast follower” principle.  Indubitably, fast followers could be faced with patents preventing that from happening.  Intel went out in front early and was never materially threatened.  But many businesses have been built on the premise of letting somebody else build the market and make the mistakes.  There is that old adage:  the people in the front get shot.

So, what does all of this have to do with energy?  The history of development of shale gas is instructive.  After the realization that horizontal wells and fracturing enabled gas production from these tight rocks, the early attempts employed methods previously used. In particular, those involved in using sugars as thickening agents to easily fracture the rock.  The sugar residue impaired production.  Newer techniques, in areas such as in the Marcellus, use “slick water”.  The results have been dramatic, albeit at the expense of higher volumes of water.

All of the foregoing is just plain building on the experience of the past.  This post on the virtue of being late keys on the point that if fate has dealt you a hand that causes you to be late to the party, find ways to make that a positive.  This is the opportunity presented to the areas of the east coast that have not yet materially been swept up by the shale gale.  These include Ohio, West Virginia, Maryland and North Carolina.  These states must institute measures whereby the exploitation of the resource is done in an environmentally sound fashion while still maximizing the realization of economic value for the communities affected.

The important measures required fall in the following categories:

The Secretary of Energy commissioned a study whose findings have just been published for public comment.  This is a balanced report with a very positive attitude that is in keeping with the position we have been taking:  shale gas is a game changer and it is incumbent on us to enable it responsibly.  Produced in a scant 90 days, the report is necessarily short on some detail.  But the message is clear and there is an air of optimism.  For this it will undoubtedly be pilloried by some interest groups.

§ 2 Responses to MAKING A VIRTUE OF BEING LATE

You are currently reading MAKING A VIRTUE OF BEING LATE at Research Triangle Energy Consortium.