CHEAP OIL: WHO GETS HURT?

Sustained low cost oil will certainly damage the substitution of petroleum products in transportation.  For the purposes of this discussion we will operate with the scenario that oil will hang around in the range $40 to $60 per barrel.  But the answer to the question is more nuanced because oil is not oil.  Different types of oil have differing carbon footprints and production costs.  On the one hand, more cheap oil will inevitably lead to greater consumption and hence more associated carbon release.  But what if the carbon footprint of the crude oil goes down, what then may be the net impact?  We will discuss these matters below.

My position on oil substitution is essentially that of Ann Korin and Gal Luft in their book Turning Oil into Salt, substituting to the point that oil ceases to be a strategic commodity, and merely a useful one with alternatives.  Prior to this oil price crash we were on our way albeit haltingly. 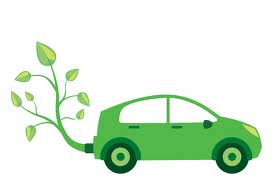 One entire class of substitutes was driven by arbitrage between gas and oil driven by per unit of energy price differential.  This did not exist until about 2005 because both commodities were in lock step.  In our assumed scenario the gap is still there, just closer to a factor of two than four in the US.  The obvious casualties are natural gas conversion to diesel or gasoline.  Sasol has already indefinitely postponed the Louisiana GTL plant.  They would have struggled to be profitable at $90 oil.  At half that they are in deep strife.  Also, at a relatively constant $50 oil price US shale oil is essentially the swing producer, meaning ups and downs in this sector take the world price with them.  In this scenario OPEC is essentially toothless and cannot be relied upon to be a stabilizing force on price.  Nothing hurts a costly GTL plant with long amortization schedules more than uncertainty.  With cheap shale gas in the US Sasol likely thought they had that licked.  Then oil became low and uncertain and the wheels came off.

Less impacted will be gas to other liquids such as methanol and dimethyl ether.  These are raw materials for a lot of chemicals and have world prices in their own right.  Also, China is on a big push to substitute gasoline with methanol.  Since that was driven largely by tailpipe emissions especially in urban areas, the reduction in the price of oil may not have as much effect.  That could put a floor on the world price of methanol.  Dimethyl ether is a seamless blend with LPG, a common fuel in countries such as India.  Not yet commonly done, the lower hydrocarbon prices could slow down that thrust.

Direct combustion of natural gas in vehicles has had a lot of traction in the form of CNG in short haul and LNG in long haul applications.  The narrowing of the oil/gas price will certainly reduce the economic merit of this action and consequently slow the momentum except in non-attainment areas and the like.  The struggling passenger vehicle program will more than ever need technological advances in higher density and low pressure storage systems allowing economical charging in homes.

The challenge faced by widespread adoption of electric vehicles remains the same: battery prices south of $200 per Kwh are necessary.  The next most important factor is reasonable night time pricing of electricity in all states.  Gasoline prices matter, but not as much as the other two factors.  The fact that electric vehicles (EV’s) are 60% more efficient well to wheel, and hence lower emitters of GHG (at power plants in their case) than conventional engines, ought to be recognized in policy setting.  CAFÉ standard do not adequately take into account EV’s.  At this early stage that is fair enough but a standard explicitly targeting emission reduction ought to recognize the unique EV advantage.  The common challenge to EV’s is that they are only as clean as the electricity producing plant.  The increased efficiency noted above means they simply use less energy no matter where it is produced.  Furthermore, we are well on our way to at least solar power being cost competitive with alternatives in many markets without subsidies.  Taken together with coal substitution by gas we can expect a gradual greening of electricity, certainly in the time frame that EV’s could reasonably be a double digit percentage of the market.

Consistently lower diesel and aviation fuel prices will reduce costs in the delivery of goods and of people.  If this cost advantage is passed on it will increase commerce.  Passenger vehicles will be driven more with low gasoline and diesel prices.  CAFÉ standards will be harder to meet because the US public always switches to SUV’s and pickups when fuel prices drop.  All of this and sheer increased commerce will add to the carbon burden.

What of the oil types and their carbon footprint?  Canadian heavy oil is famously considered “dirty” by the folks opposed to the Keystone XL pipeline, meaning, that it has a high carbon footprint.  This comes about in two ways.  One is that this oil is intrinsically carbon rich compared to the hydrogen content.  When refined it has a residue of carbonaceous material known as petroleum coke which is essentially coal with some differences.  This can amount to up to 18% of the original oil.  The second is that getting it out of the ground requires more energy than for recovering conventional oil.  This energy use produces CO2. There is one other piece.  Refining it requires a lot of heat to break down the big molecules.  Considering all these factors it is a bit surprising that scholarly studies estimate only about 16% more carbon intensity when considering the “well to wheel” full cycle analysis.  Part of the reason may be that so much of the emission is in the final combustion process no matter the source.  One study has it as low as 6%.  In any case it is more.

Prior to shale oil bursting on the scene, the marginal barrel of oil was getting progressively heavier.  Even the more recent Saudi Arabian oil field Manifa is relatively heavy in character.  The continued growth in oil consumption equated to more carbon release.  Then came shale oil which is the polar opposite: very light and low carbon to hydrogen ratio comparatively.  When shale oil is refined there is no need for high temperature molecule breaking processes.

Oil priced near $50, our scenario, results in a shift away from Canadian heavy oil provided enough of the light oil is available and can be produced sustainably.  Canadian oil sands are exploited in one of two ways: Open pit mining and treatment of the oily sand and in-situ heating with steam to make it flow (SAGD).  New mining operations break even at about $90 and are unlikely to be pursued.  Paradoxically, already constructed mines are relatively cheap to operate if you don’t count amortization, in the vicinity of $25 per barrel operating cost, so current plants will continue to produce.  SAGD breaks even around $65.  Almost all future growth plans as far as I am aware are for SAGD, and this was even before the crash.  Technology development continues to reduce the steam to oil ratios, which will help costs and carbon footprint.

Shale oil breaks even somewhere between $40 and $70.  In our scenario the higher cost ones and those with restrictive financing will drop eventually.  But the key point is this.  These are early days in shale oil exploitation and technology to reduce costs is certain, it is only a question of timing.  So, if the reserves are in fact there, North America will shift to a higher fraction of light oil and hence lower carbon footprint.  But the original objective of chipping away at the oil monopoly of transport fuel still stands, while somewhat compromised by the low price on what it is substituting.

§ 4 Responses to CHEAP OIL: WHO GETS HURT?

You are currently reading CHEAP OIL: WHO GETS HURT? at Research Triangle Energy Consortium.